Located between Carcassonne and Toulouse, in the town of Pennautier, the Château Lalande enjoys an exceptional location. Indeed, the “Canal du Midi” crosses the property. The vineyard was created at the same time as the historic Canal du Midi and was used at that time to house an architect of the Canal. The property was over 2000 hectares, but it was split after the revolution. At the takeover in 1996, the vineyard was 105 hectares. Then Bernard Montariol and Pierre Degroote expanded the vineyard by buying another 30 hectares. This vineyard produces AOP Cabardès and country wine Cité de Carcassonne.

This small city is located 30 km from the Mediterranean beaches, at the confluence of two streams named Naubine and Sauvanes that give birth to the Libron. The flora finds a land favorable to its development, especially the laurel. That is why the Romans, from the first century of our era, gave the village the name of “laurel city”. The 12th century castle is an imposing rectangular building with two floors and an inner courtyard. Part of the Château Laurens vineyard is BIO certified. The Château Laurens Rosé is one of our best wines and has also received the Best Rosé Trophy at Vinalies national contest. 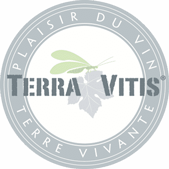 Located between Montady and Colombiers, a few kilometers south of Beziers, the Domaine du Bosquet is part of the Montady pond, pond drained in the Middle Ages. Thanks to the drainage channels, the water was led to a central collector, which explains the star arrangement of fields and vines. This site represents without doubt one of the most famous landscapes of France (classified “prehistoric site” by the decree of July 26, 1974). Domaine du Bosquet totals about 62 hectares on a clay and limestone soil.

The Domaine Rivoire is located in the town of Pennautier (10km from Carcassonne). Pierre Degroote and Bernard Montariol acquired this property in 2001. Located on a clay- limestone soil with deep and well-drained soils, and optimal natural conditions, the Domaine Rivoire produces fruity and full-bodied wines with great length. The vines of an average age of 25 are cultivated in sustainable agriculture certified TERRA VITIS.

IGP Cité de Carcassonne The Domaine is located in the municipality of Moussoulens (13km from Carcassonne), characterized by its large round pebbles at an altitude of 320 meters. This geographical situation makes it possible to harvest at low temperatures which avoids any departure in premature fermentation and reduces the risk of oxidation. The Domaine Galetis totals 60 hectares and the vines are between 15 and 40 years old.

Located on the historic site of the Ensérune’s Oppidum, the Domaine V Lagrange is built on an old Roman villa, created in the year 118 before Christ. The vineyard of 130 hectares is located in the center of a horseshoe which leaves Ensérune to finish with the wood of Nissan. The Ensérune’s Oppidum is an archaeological site with the remains of an ancient village. The Ensérune site is reputed to have a large amount of storage modules that are the silos, dug in the rock of the basement. Indeed, there are no less than 300 pits on the hill and its surroundings. It has always been assumed that they were used for storing foodstuffs (grain reserves). However, the use of these digs as water reserves is now considered likely.